An on-site study-tour was made of the disaster damage preparedness of the Senju-ji Temple (also known as Takada Honzan), the chief temple of the Buddhist Jodo Shinshu Sect (Takada branch), and Isshinden Jinai-cho, the temple compound village, in Mie Prefecture. After getting an overview of the monastery and the religious sect, and an explanation of the disaster preparedness facilities of Senju-ji Temple, we went on an observation tour of the buildings. A local volunteer then gave a guided tour of the moat and rows of shops and houses in the compound village. Although recent years have seen an increase in the number of residential houses in the compound village, the moat surrounding it and the historical atmosphere of the streets remain as they were. This was followed by supplementary talks in a conference room of the Isshinden Jinai-cho Museum by Emeritus Professor Reizo HIRANO of Ryukoku University, and Emeritus Professor Mitsuharu MIZUKOSHI of Mie University. We were able to delve into very interesting topics related to the Senju-ji Temple and its compound village, the conservation of the historical streetscapes, and measures to be taken to protect cultural assets. 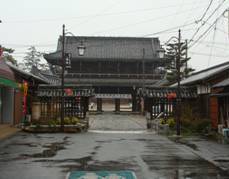 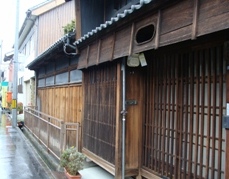 A symposium on the theme of “Cultural Heritage, Tradition, and Disaster Prevention and Resilience” was held in the Soshikan Conference Room, Ritsumeikan University, from 1.30 to 5.00 p.m. There were four presentations: Ms. Setsuko SUGIMOTO, director of the Nara-ya Sugimoto-ke Preservation Society gave a presentation on “Conservation Efforts on the Sugimoto Family Residence, a Kyoto machi-ya [traditional town house]”; Mr. Toru OTA, CEO of the Kyoto confectionery store Oimatsu gave a talk on “Natural Disasters and the History of the Kyoto hanamachi [geisha district]”; NHK Enterprises executive producer Tokuzo OI gave a talk on “Cultural Heritage Protection and the Mass Media”; and Kojiro YOSHIDA, deputy director of the Gion Festival Float Associations Foundation, gave a talk on “Yamaboko Floats and the Great Temmei Fire of 1788: The Knowledge of the Machishu [local cultural elite]”. An audience of roughly 100 people enjoyed very interesting talks by panelists deeply versed in the history and culture of Kyoto.

In the morning, in view of the fact that the Academic Frontier Project “Establishment of Academic Principles for the Protection of Cultural Heritage and Artistic Works from Natural Disasters” will come to an end at the close of this academic year, the research members gave presentations of their findings in three lecture rooms of the Soshikan Lecture Hall. In all there were 22 presentations, which were followed by enthusiastic discussion. The findings of this Project are also on display in large boards in the Research Center for Disaster Mitigation of Urban Cultural Heritage (visitors are encouraged to come and view them; they will be on display for a while). After the symposium, research members provided explanations and analysis of the content of these boards, and engaged in enthusiastic discussion with members of the audience who had attended their talks. 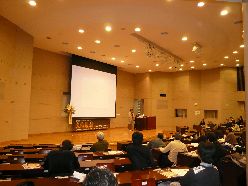 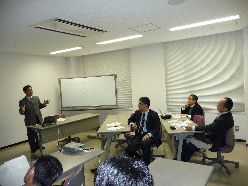 A prize-giving ceremony was held at the Ritsumeikan University’s Research Center for Disaster Mitigation for the 3rd Summer Holiday Children’s Project: Map Contest for Community Safety. After a speech by the director of the Center Kenzo TOKI, a review of the judgments was given by the Deputy Director Yoshikoshi, who was one of the panel of judges. After this, prize certificates were awarded, including that for Top Prize, Prize for Excellence, Prize for Merit, Prize for Fine Work, Prize for Effort and other prizes were given out to the elementary students who had made the maps. This was followed by short explanations by the winners of aspects they are most proud of about their maps. The distinctive feature of this year’s maps was that many included detailed information and photographs, showing how the quality is improving year by year. The safety maps will be on display in the Center’s Exhibition Hall from October 31 to the end of November, including on Saturdays (closed Sundays and national holidays). 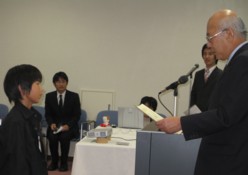 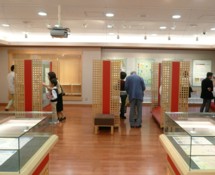 As part of this academic year’s Academic Frontier Project, a group visit was made to observe the disaster prevention equipment at the Rokuon-ji Temple (also known as the Kinkaku-ji Temple). The group was treated to a detailed explanation of the latest disaster prevention facilities and ideas at the Temple by temple steward Mr. Ogata, despite a rain shower. More than 30 people participated in the visit, and there were numerous questions about the disaster preparedness facilities. The visit provided many helpful hints for further research into cultural heritage disaster preparedness. 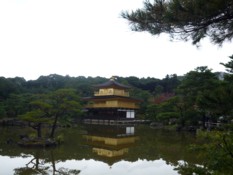 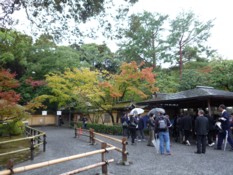 A lecture meeting on the above theme was held in the conference room of Soshikan Lecture Hall. This was a lecture meeting held in tandem with the exhibition “The Great Kanto Earthquake as Recreated Through Maps” on display at the Center from April 8-May 10. It consisted of lectures presenting latest research findings by three researchers: Kajima Corporation Kobori Research Complex Principal Researcher Masayuki TAKEMURA; University of Tokyo Graduate School Associate Professor Jun SUZUKI; and Disaster Prevention Town Planning Office Representative and Tokyo Metropolitan University Visiting Professor Jin YOSHIKAWA. After the lectures, the three presenters and the curator gave a guided tour of the exhibition. A lively Q&A followed between the presenters, the curator and members of the audience. 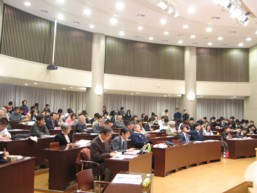 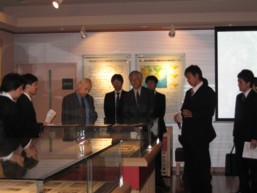 The Research Center was mentioned in the context of a reference to the Second Map Contest for Community Safety in the 2008 Disaster Education Challenge Plan Workshop as an excellent example of a group involved in disaster prevention awareness-raising. 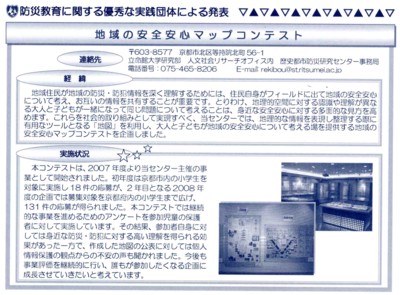 A Symposium on Cultural Properties Disaster Preparedness focusing on Groups of Historic Buildings (officially designated by the Agency for Cultural Affairs) was held in the Soshikan Conference Room. The symposium began with a talk by Hiroki YAMAUCHI, Manager of the Planning Office of Kyoto City Fire Department, on “Strategies for Disaster Preparedness for Cultural Properties in Kyoto”, with case studies. This was followed by further case studies: Professor Takeyuki OKUBO of Ritsumeikan University’s College of Science and Engineering introduced the town of Miyama, in Nantan in Kyoto Prefecture; Professor Masafumi YAMASAKI of Ritsumeikan University’s College of Science and Engineering introduced the old city district of Hachiman in Omi Hachiman, in Shiga Prefecture; Masatoshi NARITA of Sasayama Board of Education introduced the Sasayama historical district in Sasayama, Hyogo Prefecture; and Mr. Hiroaki YONEMURA introduced the Imai historical district of Kashihara, Nara Prefecture. In all of these districts, residents are still carrying out regular lives, which implies a particular set of problems, and the issue of the difficulties of disaster prevention for cultural properties in such contexts was highlighted in the talks. The many people participating in the symposium included researchers, local government officials, ordinary citizens and students, and there was lively discussion and debate.

The Higashi Hongan-ji Temple is currently undergoing renovation and repair works to the gate of the Goei-do (Founder’s Hall) in preparation for the commemorative events surrounding the 750th Memorial Service for the founder of the sect Shinran Shonin, founder of the Jodo Shinshu sect in Japan. The renovation works are due to enter their completion phase at the end of this year. These works represent the first thoroughgoing renovation to take place since reconstruction of the gate in the early years of the Meiji period (1868-1912), and they mainly involve replacement of roof tiles, strengthening of the pillars surrounding the inner sanctuary of the temple, and reinforcement of the roof framework. A distinctive feature is that the renovation will involve using traditional methods handed down for generations, but also in certain key places use of new technology and materials. Attention will also be given to earthquake disaster prevention and fire prevention systems, involving lessening the load of the roof, strengthening of the support pillars, and installing an underfloor sprinkler system. At the end of this year the scaffolding will be removed, and the largest wooden building in the world will once again be on show. 17 people, including research members of the Research Center for Disaster Mitigation of Urban Cultural Heritage, participated in the on-site inspection of the Goei-do renovation works, and were able to view aspects not normally seen, such as inside the roof and roof trusses, and each were able to bring their own perspective to bear as well as being given explanations from a specialist.

We performed the Nara inspection with the purpose of seeing cultural assets in Nara and their disaster prevention facilities. We visited Horyuji Temple in the morning. From a temple steward and a Nara Board of Education official, we heard an explanation of the current situation of the mural in the main hall, which was burned in the fire of 1949, and of the temple’s fire-prevention equipment. In the afternoon, we visited the worksite where the Daigokuden portion of Heijokyu is being restored, and there we received an explanation from a Nara National Research Institute for Cultural Properties official, about the restoration work and underground earthquake-absorbing equipment. After that, we went to Nara-cho, receiving an explanation of the Gangoji Temple from a resident priest and viewing the disaster prevention facilities there. We learned that there is a high concentration of homes nearby, and that Gangoji faces the issue of how much it can reduce the risk of a house fire spreading to the temple.